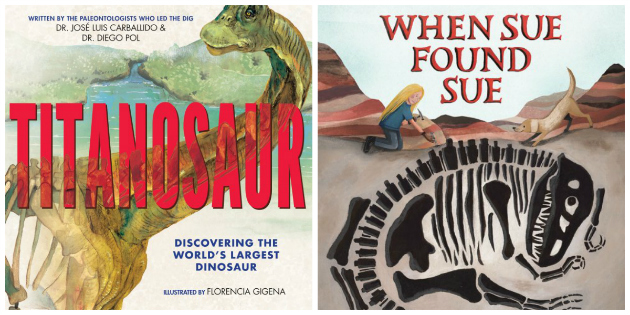 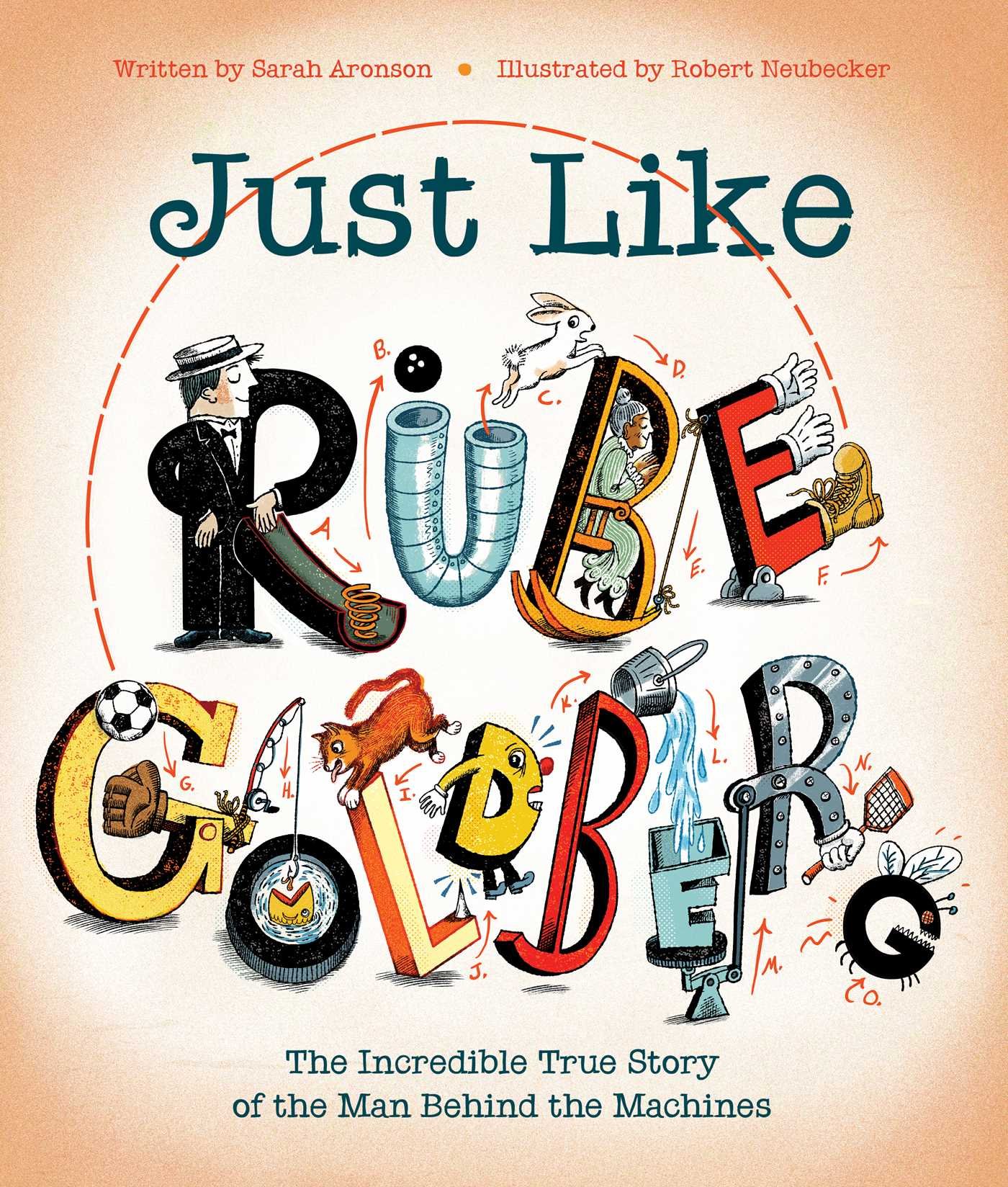 I’ve long been a fan of Rube Goldberg’s crazy impractical inventions but knew little about his path to producing them. Just Like Rube Goldberg: The Incredible True Story of the Man Behind the Machines (Simon & Schuster/Beach Lane, 2019) by Sara Aronson delivers the goods, and with much less meandering than Goldberg might have used. Children who know nothing about Rube Goldberg or the game of Mousetrap that his work spawned, will still be attracted to the book by the zany cover art that turns the inventor’s name into one of his own silly inventions.

Rube’s childhood interest in art and desire to grow up to be a cartoonist met with dismay and horror from his German immigrant parents who feared for his future. He earned an engineering degree from the University of California, Berkeley and became a city engineer but quit after six months, hating the work. He kept drawing while he did grunt jobs at the San Francisco Chronicle but he never quit drawing. After the 1906 Earthquake, he ended up moving to New York City where his cartooning career took off. His favorite comic work was perfectly timed with the industrial revolution as machines took over many jobs. Goldberg invented nothing useful as he used absurd pulleys, levers, and other more oddball additions to make a simple task very complicated. For instance, a machine to put holes in doughnuts starts with a goat chewing a carrot, that moves a ghost to scare a bird to lay an egg that eventually results in a cannon blasting a ball up through a lump of dough tossed above it by “Professor Lucifer Gorgonzola Butts,” Rube’s cartoon alter ego.

While aimed at a younger audience, older readers (and STEAM teachers) will delight in this introduction to Rube’s work.

Lynn: Sarah Aronson does a wonderful job of bringing readers a sense of Goldberg’s personality, his curiosity, and clear-eyed appreciation of the ridiculous. As he said, machines were a “symbol of man’s capacity for exerting maximum effort to achieve minimal results.” I love illustrator Robert Neubecker’s colorful humorous illustrations that do such a terrific job of capturing Goldberg’s manic style. Kids will be captivated and motivated to create their own Goldberg-type designs.

We can’t resist concluding our post on this engaging picture book by mentioning another tribute to Goldberg and his spirit. The Rube Goldberg Machine Contest is a competition held annually at Purdue University. The history of the contest dates back to the 1930s when it began as a competition between two engineering fraternities. Today the contest has been expanded beyond just the university level to include elementary, middle, and high school students and can be done either as a physical or online creation. The competition is meant to celebrate Goldberg’s spirit as well as to encourage and develop an interest in engineering, design, problem-solving, and having fun.

This year’s challenge is to put money in a piggy bank – in as complicated a Goldberg way as possible. Take a peek at this video of the Purdue University team’s solution to the 2017 challenge of putting on a band-aid!

But, wait! There’s more...check out these other titles to extend the learning and the fun:

Build Your Own Chain Reaction Machines: How to Make Crazy Contraptions Using Everyday Stuff (Quarto, 2018) by Paul Long. Every MakerSpace or STEAM classroom needs this book.